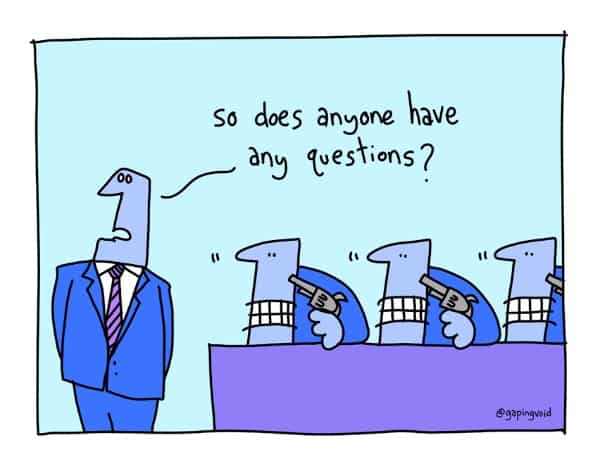 When the boss guy asks his team if they have any questions, he’s not looking at them, his eyes are somewhere else.

Why? Because he’s already made up his mind about everything, so any questions his team brings forth are of no genuine interest to him. He’s certainly not going to change his behavior on their account.

No wonder they’re all so miserable…

But they do have to feel their boss is on the same team as them. That their boss’ hopes and dreams aren’t that different from everyone else’s.

[You can own this print here]