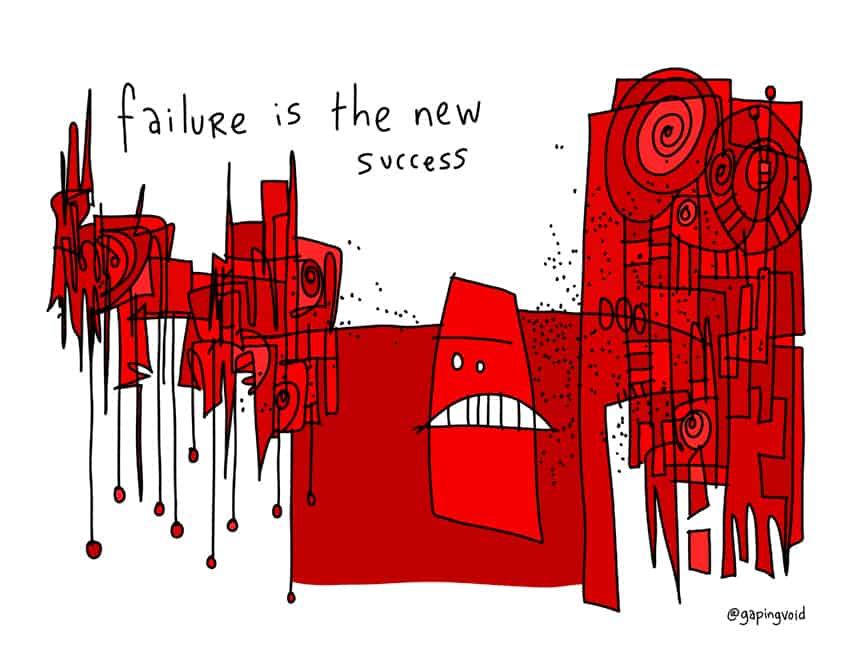 There’s a new meme in the business world, one that extols the virtues of failure.

This “positive failure” idea originally came out of the Silicon Valley, who got it from Stanford University and similar institutions, who all got it from the scientific method.

Sure, it’s easy to be cynical about this. If failure was so great, we wouldn’t have to bust our hind quarters trying to be successful. We could just fail from the get-go and head for the beach.

The trick is knowing which one of the two your current, crazy-mad scheme is risking…

You can own this print HERE.