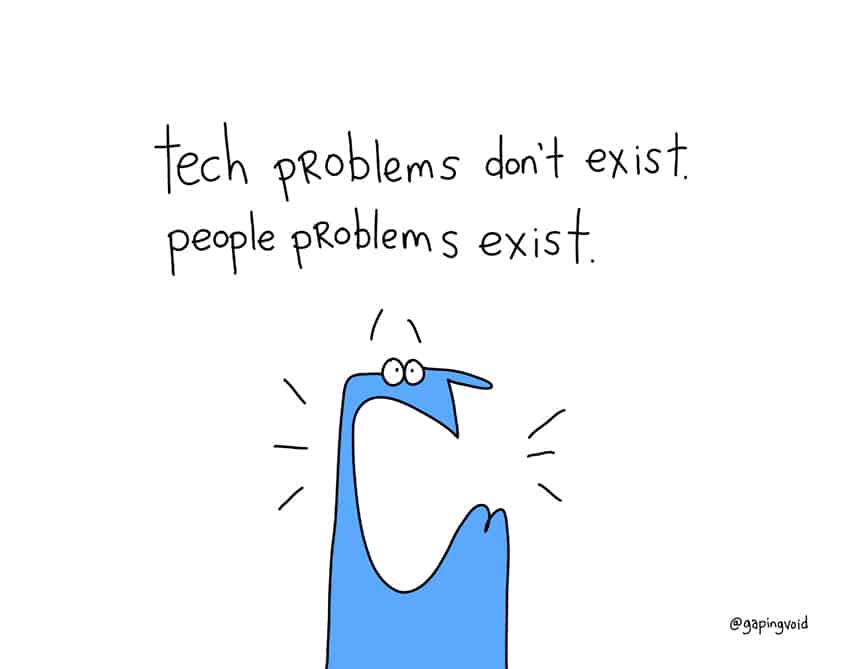 Just as a fish cannot perceive that it’s swimming in water, people often forget that they exist in a sea of their own humanity. Man is the measure of all things, to paraphrase Protagoras.

Which is why, if you want to make money in tech, the best way to do it is to solve real human problems. And that’s not my advice, that’s coming from the king of New York venture capital, Fred Wilson.

There’s no point trying to invent a better mousetrap, unless you already have identified an actual, pre-existing mice problem. Squeak. Squeak.