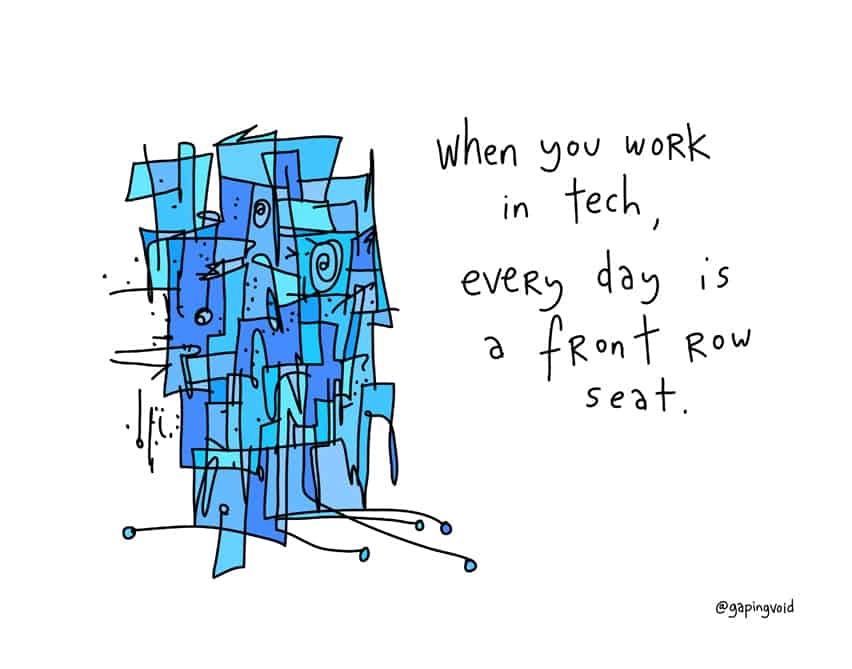 The last time we were visiting Microsoft at their campus in Redmond, I got talking to this guy named Dan, who had been with the company since the early 1980s.

So being a curious chap, I asked him which years, in the last three or four decades, were the most exciting to be working in the tech industry.

“All of them,” said Dan. “it’s always exciting to be working in tech.”

I was impressed by his answer. People in other professions often talk about long-gone golden ages- advertising in the 1960s, cinema in the 1970’s, finance in the 1980s, automobiles in the 1950’s etc.

But not Dan. Nope. He’s still having fun, just like all the other years before now.

How many people can actually say that?