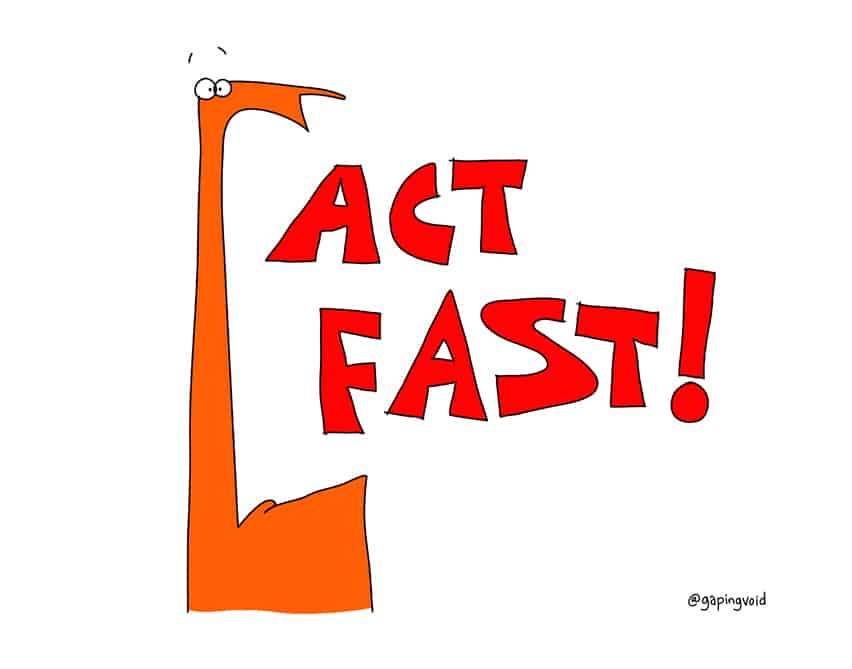 When Dell set up their big social media program a decade ago, I heard that the team involved estimated that it would take three months to get done.

As it turns out, they got it done in two weeks in the end, no problem.

Like Parkinson’s Law states, “Work expands so as to fill the time available for its completion”.

Acting fast means not filling in the gaps in the process, with time.