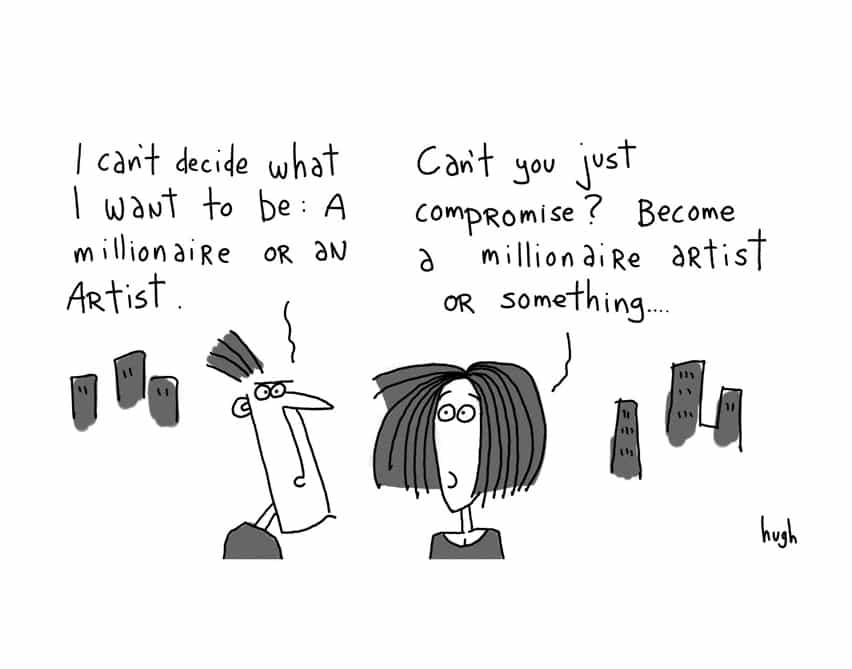 This was drawn in New York, July, 1998. My late father used to call this one, “Hugh’s Autobiography”.

Like pretty much every young person in New York at the time, I was feeling the pull to be creative and the pull to make a living, both very strongly.

Which pull was more important? To abandon either seemed like a sell-out to me. To be a starving artist seemed kinda lame; to give up drawing just so I could chase dollars more effectively, seemed equally so.

So I spent the next decade or so trying to find a compromise that worked for me.

In the end, it didn’t feel like a compromise.

In the end, it felt like I was doing what I was born to do.

I find most people with any talent, stamina and discipline who are willing to delay gratification for a few years, arrive at this point eventually.

It just depends on how badly you want it.