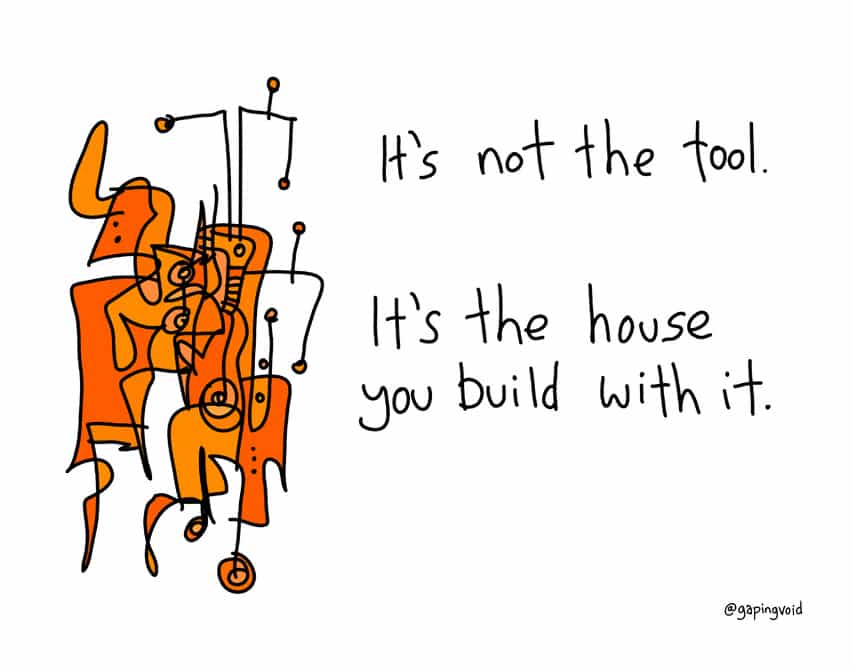 The master owns his tools, he is not owned by them.

Mastery is ownership. Ownership is mastery.

The Ancient Greeks were clever: they believed that the gods you worship, will be the ones that eventually kill you. So choose your gods carefully, my friend, for by choosing how to live, you are also choosing how to die.