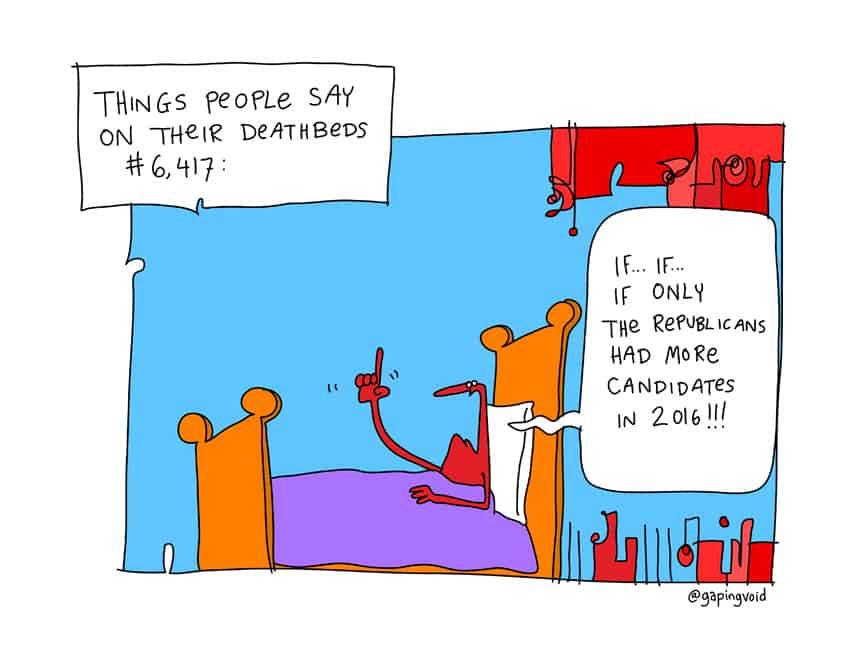 So apparently the Republicans are fielding a lot of candidates for the 2016 U.S. Presidential Election.

To the major news networks, this is a very big deal; this is very interesting stuff, apparently and the same is probably true for what they call “Washington Insiders”, because, you know, following this kinda stuff obsessively day-in-day-out gives them something to do. Ditto with the Internet trolls.

But to everyone else leading less freakishly FOMO lives, it frankly is not.

Because we know already what’s going to happen. It’ll just whittle down to the eventual two-horse race, like it always does.

And the winner might prove to be a good President, or perhaps not. Only time will tell.

Meanwhile, as a guy who votes both Republican and Democrat, depending on his mood at the time, I am just thankful that I live in a country where nobody except the insiders, the pundits and the trolls really need to care about this pre-election non-event, unless they’ve got nothing else better to do.