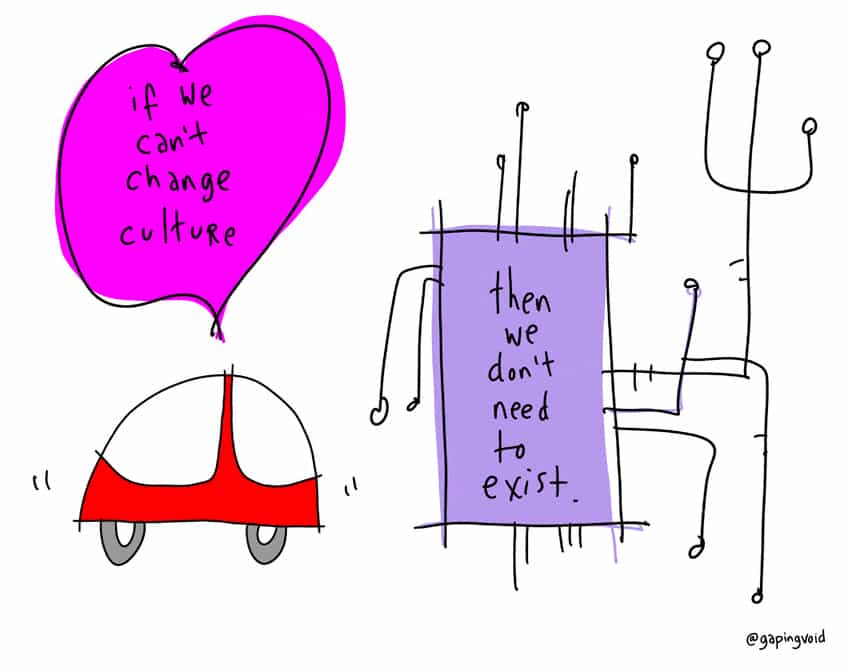 The one part of consulting I always hated was the adversarial nature of the experience.

It wasn’t that people didn’t like me. They disliked the disruption: time away from their work; being told what to do from an outsider; and that general feeling that something was inherently wrong and that I was there to make it right.

My reports would be shelved away in binders. The execution plans may be in place for a while, after I was gone, but rarely do people embrace foreign ideas and new routines no matter how many times they are instructed. If it wasn’t tied to performance pay it just wasn’t happening.

Then I watched a Ted Talk by Dan Pink on how pay for performance actually hinders performance for intellectual tasks. Dan Pink told me I was demotivating people.

And my inner voice would say: the company just paid so much money. How can we make this better for them?

As a consultant we have a duty to solve for the human side of business. It’s not all science.

Fear of environmental change is a natural human response. A neurological defense mechanism for survival. And that is fair.

Process alone cannot solve for this. Cheating the neural pathways involves a new type of execution. One that feels social and naturally engaging. You don’t have to tell someone to do something fun.

Children’s learning games may seem simplistic, but they are tricking children into new ideas and behaviors by making it fun. Why can’t adults have fun too?

Respecting people’s time, attention and motivations has yielded far greater lasting change than the science alone. You need the art, too.