We get tired. We stop caring. Happens to the best of us.

Everyone aspires to greatness on some level. This is as true for companies and teams as it is for individuals.
And what gets in the way of achieving greatness? Usually it’s nothing too complicated. Simple stuff like good manners, keeping your word and yes, open and honest communication.For all our delusions of grandeur, greatness isn’t “big”.It’s about the little things.
25 Things You Missed At SXSW 2015 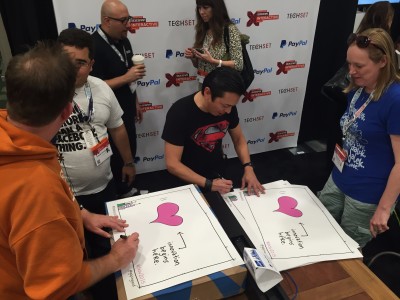 SXSW 2015 was an incredible experience and we feel lucky to have been a part of it.

Mega large conferences like this one serve as touchstones for progress across a ton of industries: healthcare, tech, media, music, etc. You not only get a sense of where we’re at – you can see where we’re going.

So whether you are just back from SXSW (head still spinning) or you couldn’t make it this year, be sure to check out our collaboration with Brian Solis, digital anthropologist and futurist. It’s called the 25 Things You Missed at SXSW 2015: Insights and Takeaways from SXSWi 2015. 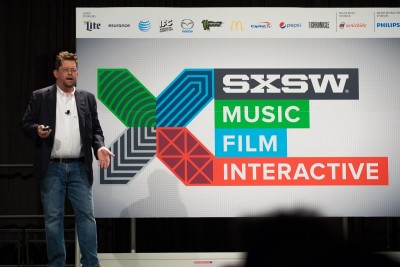 The secret to getting the most out of your employees’ ideas? It’s called, “Yes, and.”

In fact, Twitter, Google, Harvard Business School and others have actually worked with improv teams to get this concept down. And they don’t mess around. 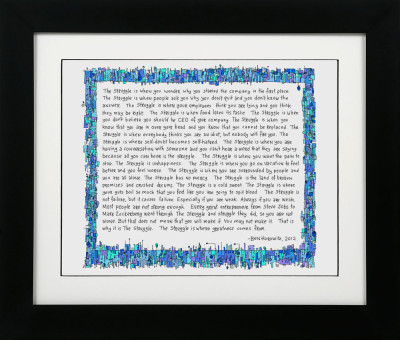 Being an entrepreneur is the hardest thing you can do. It’s beyond tough. All that independence you crave comes with an overwhelming amount of responsibility.

On a bad day, it’s paralyzing. The fear makes your stomach churn. And we don’t talk about it enough, because it’s embarrassing to be afraid, and because pretending to be tough is sometimes how we get there.

Ben Horowitz’s blog brilliant book “The Hard Thing About Hard Things” captured the feeling so well, I had to draw this piece around it. It’s a superb reminder of why you do what you do.

Because it matters. And because you’re not alone.

I confess that in 1901 I said to my brother Orville that man would not fly for fifty years. Two years later we ourselves made flights.
– Wilbur Wright

It’s crazy where tech is going to take us in the next few years.

Soon we’ll all be calculating the cost of our wasted commute versus the cost of upgrading the car to run on autopilot.

Of course, there are naysayers. It’s too complex, it could be dangerous, it will never work. We shouldn’t try.

They said the same thing about airplanes, back in the day.

And look where we are now. 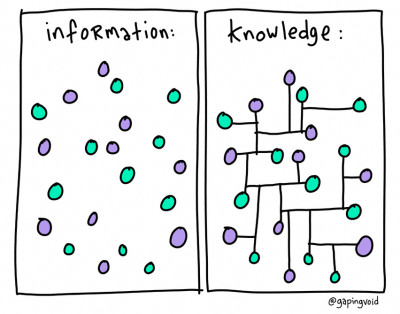 What does this one mean to you?

Lots of people saw this cartoon, each one with a different take. They added a fresh panel, idea, language – this one little cartoon made its way around the globe. 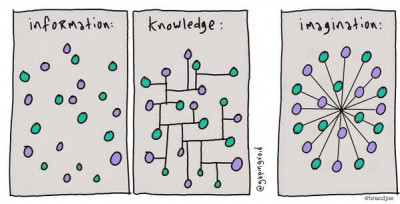 Memes are cool like that. Ideas on top of ideas. It’s a fun game, especially as the original artist, seeing what people come up with. 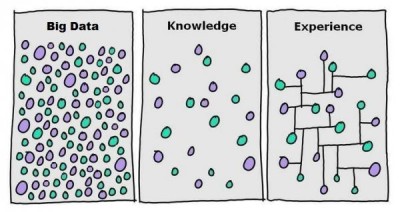 If you made a meme, send it to [email protected] We’ll send it back to you as a framed 11 x 14 print, signed by Hugh MacLeod. Just our way of saying thanks.

Like every other person in the developed world, I’m a complete wretch until I’ve had my morning coffee. Passive-aggressive doesn’t even begin to describe it.

And like every other cartoonist who lives in the big city, I need to draw at least one coffee-related cartoon a year in order to keep my Union card…

Actually, that’s not quite true. But making the occasional witty remark about coffee seems to be de riguer in my social strata, some sort of badge of belonging.

Want to get these cartoons in your inbox? Subscribe to our Weekly Digest.