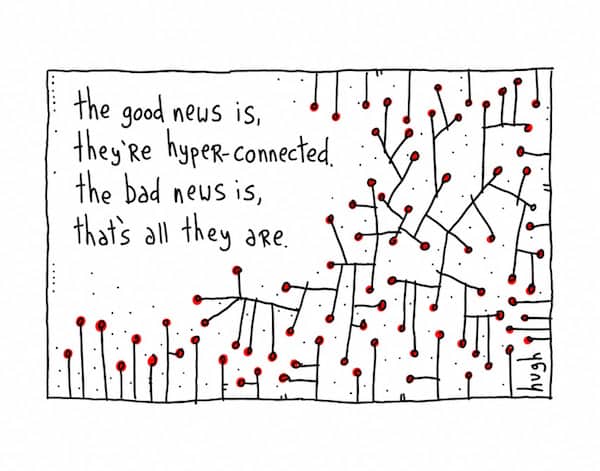 That résumé you’ve been laboring on won’t get you very far at Zappos. The online shoe retailer owned by Amazon has completely done away with traditional job postings. Instead, hopeful candidates will need to sign up for Zappos Insider, a makeshift social network where they’ll be able to interact with (and try to impress) current employees. You won’t even find a list of open positions anywhere on Zappos’ website any longer; it’s all contained in the new social circle. This from the same company that abandoned job titles and workplace hierarchy in December.

“The blog is the new résumé” idea is at least a decade old; here’s Zappos making it official, taking it up to the next level. I think it’s only a matter of time until it becomes quite common. [Of course, I said that a decade ago, as well. Heh.]

Companies like Zappos get about 200 applicants for every $11-an-hour position they fill. Which means “Just doing a good job” won’t even get you in the front door. Not even at eleven bucks an hour.