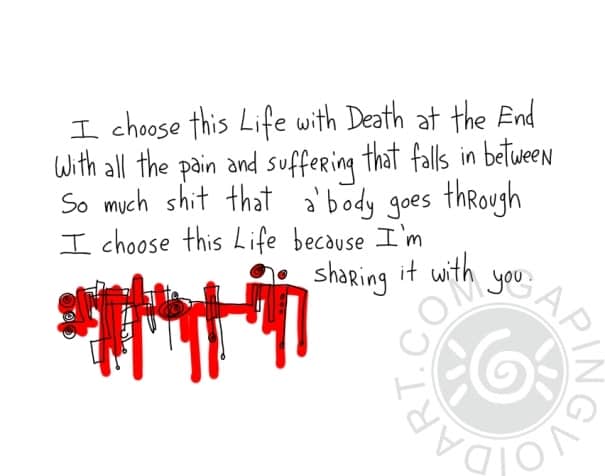 [This is not just a love poem, it could also be a corporate mission, perhaps?]

My friends over at PSFK posted a really neat interview with Jesse Levin, who runs the most audacious co-working space I think I’ve ever seen.

It’s not just another co-working space in Brooklyn… Nope, it’s all that, plus a gym and a climbing wall. Says, Jesse:

We don’t believe that every facet of life should be siloed. The work life balance is so hard to achieve because so few work or corporate environments have adapted to establish conducive environments to foster the socioeconomic shifts pertaining to work culture that have occurred in the past few years. Our goal was to build a space where one could work, play, connect, exercise and be inspired all under one roof.

This, of course, is part of a larger trend: the taking of the four major food groups of Millennial life– work, play, connecting, exercise- throwing them in a blender and creating a kind of youthful, utopian milkshake.

Twenty years ago in my day, the hippest ad agencies in London all had pool tables. If they were REALLY hip they also had free espresso, sodas and sandwiches. This is the same idea, taken to another level.

And there are many other examples:

1. The New York Times reports, big companies like Facebook and Twitter are also taking this idea to to a whole new level: Work spaces where people actually LIVE IN, not just work in.

2. My friend, Zappos CEO Tony Hsieh is doing the same with his Downtown Project, trying to turn an entire physical neighborhood into a startup.

3. My client, Rackspace turning a disused shopping mall into The Castle.

I already know what some of you are thinking: “Yes, but… I don’t pay people to have fun, I pay them to be productive, dammit.”

Actually, you DO pay people to have fun, you just don’t know it. People are at their most productive when they’re enjoying themselves being productive. All else being equal, a company of people who hate their jobs, their bosses and their lives will NEVER be able to compete with a company where people are happy and engaged, doing something useful and interesting. You’re deluded to think otherwise.

Companies are successful for one reason only, purpose and meaning only scales for one reason only: Because the people working there have a strong sense of connection with each other and the collective purpose. The money is secondary.

Connection, Purpose and Fun. You think Google doesn’t have lots of that? Or Tesla? Or NASA? Or Facebook? Or Goldman Sachs? Or Apple? Again, you’re deluded if think they don’t.