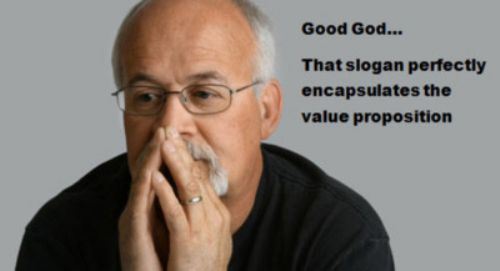 It’s a fun little piece of digital candy, certainly, though it’s not really saying anything new. Bill Bernbach and David Ogilvy were saying much the same thing fifty years ago.

And people didn’t really listen back then, either. Sure, they’d nod their head in complete agreement while reading “Confessions”, but when it came to signing the checks, they were as conservative and backwards thinking as anyone else.

At least, that’s what happened most of the time. And the junior copywriters and art directors complained just as bitterly then, too.

It’s the never-ending paadox of being in the business: you’re paid to be right, even before you’ve run the experiements. Which means you end up running experiemnts designed to be right for their own sake, not designed to really change anything. It’s a big ol’ vat of molasses few in the business mangage to escape.

When in fact, they’re really paying to run experiements.

The trouble begins when ad agencies fail to remind their client of this.

And you end up with the usual cover-your-ass marketing gobblygook.