We Need To Talk!

This print is currently up for auction on eBay.

Hugh first drew this image in 1998, reportedly as a result of an argument with a girl.  Regardless of it’s genesis, we think it has resonated so well for so long because it expresses something we have all thought about, but rarely have the gumption to say aloud.  Instead we can say it with this print.

We think it is actually an awesome image for the bosses office, or maybe a different thinking therapist or HR director. Cool, right?

It’s the same image that is owned by the London based celebrity agent Carol Hayes, and appeared on Channel 4’s “Secret Millionaire,” television show. 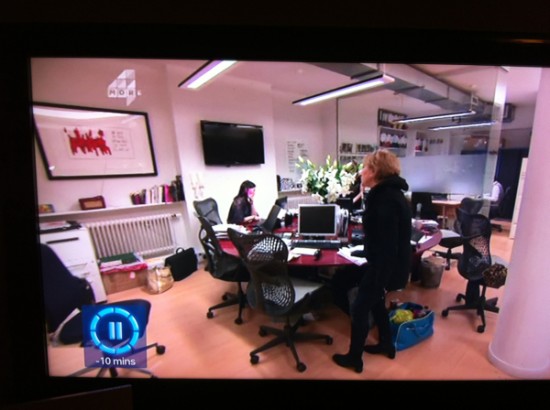 You can CLICK HERE to visit the eBay Auction for the print.

After that you need to shut up.  😉

[“We Need To Talk” eBay Auction]