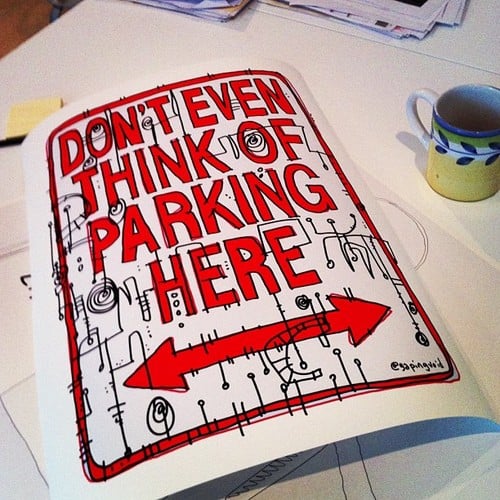 I was sad to learn that the former New York Mayor, Ed Koch passed away last week.

To me, Koch was always THE New York Mayor, even more so than Rudolph Giuliani.

This famous New York street sign that came out during his administration (which I appropriated) is pure Koch:

It resonates because that’s how New Yorkers actually sound. It works because there’s an actual inherent truth to it.

Contrast that use of language with how most power speaks to the non-powerful i.e. patronizing and synthetic.

One of my great heroes, George Orwell famously wrote about how proper language is always the first victim of tyranny, in his marvelous essay, “Politics And The English Language”.

And he expanded upon the ideas put forth in the essay, of course, in his most famous work,“1984”.

Language matters. And woe betide anyone; politician, marketer or citizen, who is conveniently allowed to forget that.

Thank God for folk like Koch for keepin’ it real…