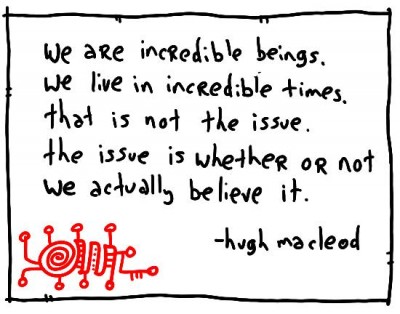 Hardly a morning goes by these days without me hearing some story on NPR Morning Edition about American economic woe. Especially around this Christmas time. People who’ve been working hard all their lives, suddenly can’t afford presents for their kids. Those kind of stories. They’re sad as hell, and they seem to be getting more and more frequent.

At the same time I keep seeing news stories like this one from the WSJ: About how competition in Silicon Valley for engineering talent is so fierce, they’re fighting over interns now:

Bay Area tech companies, already in a fierce fight for full-time hires, are now also battling to woo summer interns. Technology giants like Google Inc. have been expanding their summer-intern programs, while smaller tech companies are ramping up theirs in response—sometimes even luring candidates away from college.

And then there was another story from the BBC, about how Brazil has now overtaken the UK as the world’s sixth largest economy.

A  lot of the world is in flux, so it seems. And to this cartoonist, it has a simple enough explanation:

The Great Convergence is upon us, and our friend, the Internet is accelerating the process. This would be happening with our without “The 1%”  misbehaving themselves- whatever the mainstream media and the Occupy crowd might say.

The good news is, if you have a talent, the world wants it, and it has never been so easy to show your talent to the world.

The bad news is, especially for us fat & lazy Americans, is that the great, century-long era of Prosperity-on-Autopilot  is over.

It’s the people in the middle that nobody knows what to do with anymore. And the politicians who claim that they do, are lying.

It’s probably too late for my generation, that ship has already sailed. But for the kids out there reading this, who are just starting out?