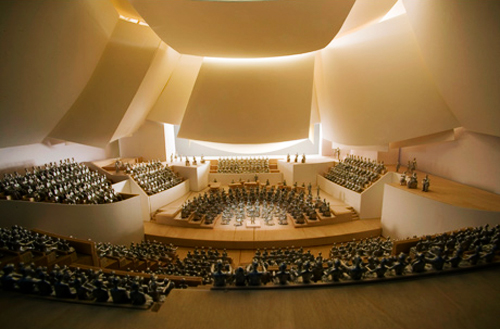 This was fun: Last week we all attended TEDx Miami. It was held at the shiny new Frank Ghery designed, New World Symphony building, just behind Lincoln Road in Miami Beach.  The TED folks were kind enough to invite us along to display the Dewar’s drawings I did at TED Global in Edinburgh, back in July. These were original drawings that I did in marker. The images were presented in clean white frames to fit the venue. 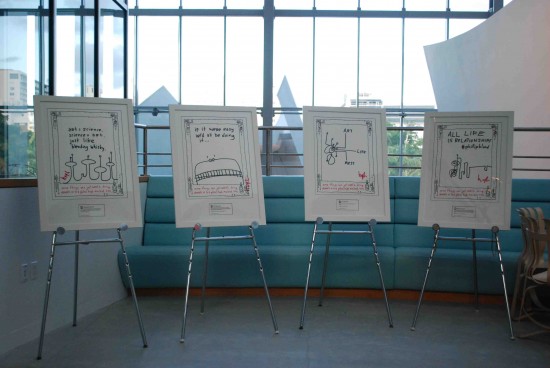 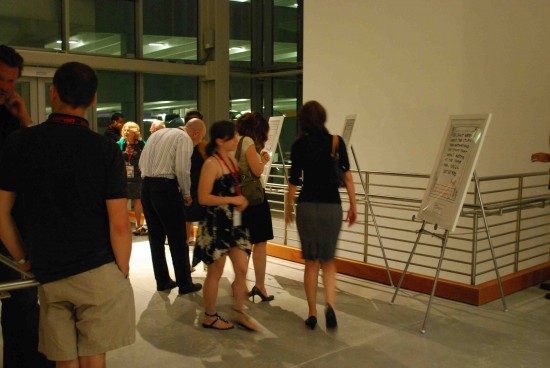 I was a little anxious going into the event because I couldn’t be certain whether what resonated with a largely non-American crowd in Edinburgh, would also work in Miami. Miami is, well, at totally different place. The good news is that the work was well received, and our sponsors, Dewars, were happy. We are told that the work is now going to be installed in the new Bacardi HQ in Coral Gables.

After the talks, people were offered cocktails made of Dewars, Grey Goose or wine. As I looked around, I was surprised to see how many women were drinking scotch. That, and a conversation with our friend, Maria at the event reminded me of her comments when we posted about the scotch market a few weeks back. The surprising news from that post and subsequent exchange was that chicks love scotch. Note to Dewars: Instead of trying to get the guys to switch from another brand, it might be easier to grow your market by appealing to women. Just a thought. Rock on!