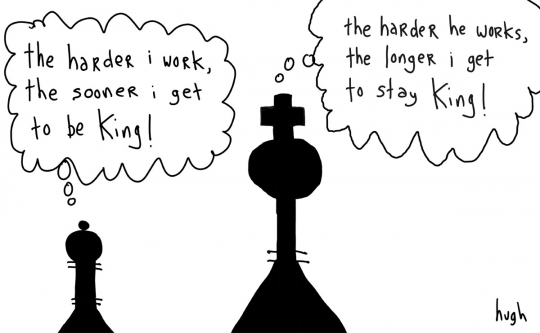 The thing about the pawn and the king in this cartoon is… well, they’re both right.

The good news is, they’re just not both right all the time.

People often think that the moment they get to the top, their problems are over. History tells us the opposite, the Roman Emperors who lasted more than a couple of years before being assassinated or killed in battle were the minority.