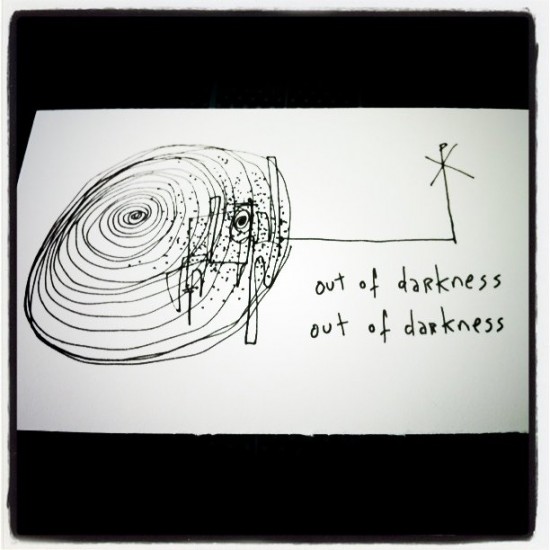 The Internet changed my life. Totally, utterly transformed it. Of course it did. In a very short period of time. A couple of years, tops.

If you read gapingvoid, chances are you know what I’m talking about. You’re probably one yourself, or if you’re not, you’re probably aspiring to be more like that. At the very least, you’ll probably have a few friends like that.

In other words, this “Internet-Transformed Life” is not something alien to you. You GET it. It’s around you all the time.

And heck, even of you’re not one of these so-called rockstar folk, your life has still been transformed utterly, whether you’re aware of it or not. You may not be “Internet-famous”, but try imagining your life without it. Try going a year without Facebook or Google or Twitter or even even email and Internet access. Imagine going without it while still holding down your current job and getting your bills paid.

I’m guessing that would be difficult.

It certainly would be impossible for me. I don’t even want to think about it.

The Internet is here to stay, and it’s constantly re-inventing itself, and the world that surrounds it.

And yet we still take it for granted, even after all it’s done for us. It’s only been available en masse for little over a decade and already it’s no big deal. Twitter and Facebook? Dude! That’s so 2007!

It’s a mistake to think like that. So blogging is past-tense. Same with Facebook or Twitter. Who cares? The Internet is SO MUCH BIGGER and long-term than any of that. That’s like comparing a bottle of Perrier with the Pacific Ocean.

If the Internet doesn’t seem new and fresh to you, you’re doing something wrong, end of story. You are basically extinct, end of story.

That’s my advice to any adult, regardless of age, class, race, nationality or gender.

Keep it new. Keep it fresh. By any means necessary.

There, I’ve said my piece. Thanks for listening.

[PS: This blog post is dedicated to my old friend, the wonderful Doc Searls, legendary co-author of The Cluetrain, the first person to REALLY open my eyes to all this. Thanks, Doc!]