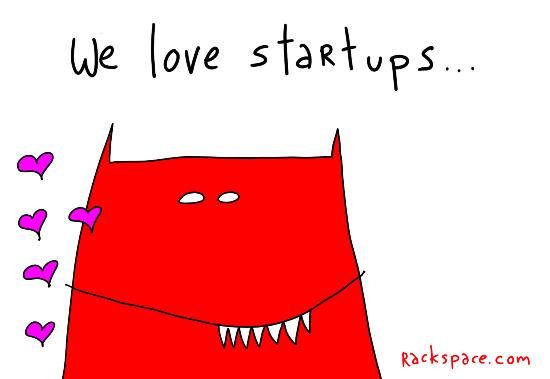 [One of my favorite recent “Social Objects”: a cartoon I did for Rackspace.]

For as long as I’ve been involved with the Internet, I’ve seen the SAME OLD DISCONNECT appear again and again AND AGAIN i.e. the disconnect between how the Internet ACTUALLY works and how the social media marketing dorks like to PRETEND how it works.

That’s like Billy Joel asking me to buy his album. It is like walking into a party and having someone say “Be my friend and I’ll buy you a drink”. In a word, it is pathetic.

Note to Social Media Marketing Dorks: The hard currency of the Internet is not Facebook “Likes” or Twitter “Retweets”, as flavor-of-the-month as they might be. By themselves, they’re worthless.

The hard currency of the Internet is “Social Objects”.

i.e. Social Objects for people to SHARE MEANINGFULLY with other people.

You’re either creating them or you’re not. And if you’re not, you will fail, end of story.