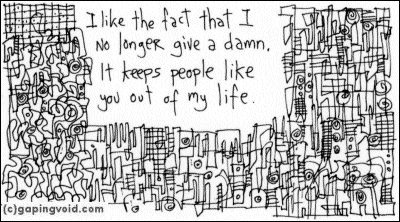 One of the main reasons I never really pursued corporate blog consulting as a career, even though I’ve had some definite opportunities in this department, is because of what I call “The Cleopatra Effect”.

I remember when I was a kid watching this old black & white movie about Cleopatra.

I can’t remember the name of the movie, but one scene always stuck with me:

Cleopatra is walking through the palace, when she’s suddenly stopped by the sound of pretty music, being played off in the distance.

She follows the sound of the music through the palace, till eventually she finds one of her courtiers in the garden, playing the harp.

“What pretty music,” she says to the courtier. “You play beautifully.”

“Thank you, Your Majesty,” says the courtier, obviously flattered.

“I would love to play music like that,” says Cleopatra. “Do you think you could teach me?”

The courtier, now that he’s feeling flattered, tries to win even more of her favor.

“Well, yes,” he gushes. “I’m sure a Queen as talented as you in so many things, would be talented at this as well.”

The courtier’s face turns white. Cleopatra gives the courtier an evil smirk and then turns and walks off.