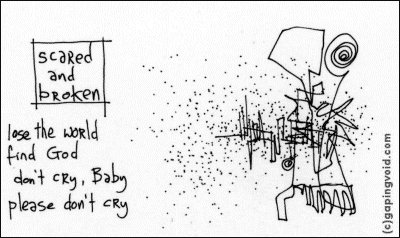 “So for­get about blogs and blog­gers and blog­ging and focus on this?—?the cost and dif­fi­culty of publishing abso­lu­tely anything, by anyone, into a glo­bal medium, just got a whole lot lower. And the effects of that inc­rea­sed pool of poten­tial pro­du­cers is going to be vast.” –CLAY SHIRKY, 2004.

For a cartoonist, I got into blogging relatively early, in May, 2001.

It was a format I “got” right away, for no other reason that compared to building regular websites back then, it was cheap and easy. And I was REALLY broke at the time, so for someone wanting to get their work online and seen by people, it was a godsend.

Around 2005, back when blogs became the hot news story for journalists everywhere, Clay Shirky’s words above came in handy. It kept things in perspective during Blogging’s short-lived media frenzy.

But things changed soon enough, of course. The Blogger’s reign at the top of the new media foodchain soon came to an end. At time of writing this, Twitter is the hot new website that everyone’s talking about incessantly. A year or two ago it was Facebook. The year before that it was MySpace. Doubtless something else will come along next year- it always does.

But what blogging represented back in 2004 is never going away, save for the total extinction of the human race: Cheap, Easy, Global Media.

It’s here forever. It’s not a fad. That’s what Shirky was talking about.