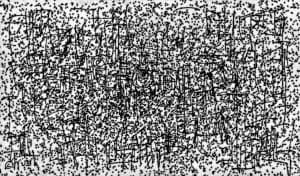 When I lived in Chicago back in the early 1990s, I had a friend who owned an art gallery, David Leonardis.

One of the top people Dave represented was the hillbilly folk artist, The Reverend Howard Finster, best known for for his Talking Heads’ “Little Creatures” album cover.

Dave would always be telling me stories about this lovely person- this rather eccentric, crazy-ass artist, living out in the boondocks, who’d he go visit once or twice a year.

“This rather eccentric, crazy-ass artist, living out in the boondocks,” I remember telling myself, “I want that guy’s job one day.”

I admit it was a weird thing for a twenty-something advertising guy to be aspiring to, but I genuinely felt that this was where I wanted to be headed in the long run. I never really told anybody about it (until now, even). I just kept it to myself:  a strange dream which back then, I firmly believed would never happen.

Fast forward over 15 years later, and I’m starting to feel that I was wrong, that the dream is finally starting to come true. I’ve been in Alpine, Texas for just under two years, and I think I’m here to stay. My big-city days are well and truly over. Every day, I can feel myself becoming more and more like Howard.

I believe the next phase of my life has begun. I believe after many decades of being distracted by social convention, I’m finally becoming the person I was born to be.

I’m happy for you.

I think calling your past a distraction might be a bit inaccurate though. Maybe you’d never have aroused the true person you are without the skills, experiences and so on you got in your previous lives doing something else entirely?

Regardless of the journey it’s always good when someone begins to find contentment & a sense of belonging. Congrats.

Yes, you will be.

I don’t think any of us can escape being the person we were born to be. We can avoid it until we die, but we will live sad, small lives if we do. Who we were born to be is as much a part of us as the colour of our eyes.

Congratulations on knowing yourself well enough to know that.

Don’t disparage the past, it is part of who you are, if you didn’t do those things you’d be someone else entirely, for good or bad, what do we know?

It looks like you’ve finally found yourself. I’m still looking, If you happen to find me…

I’m glad for you Hugh. And I am equally glad to see that you are blogging more often again. Thanks to Alpine, you appear to have got your blogging mojo back. Yaya..!

That phase where the periods between blogs were becoming too extended for comfort was worrying.