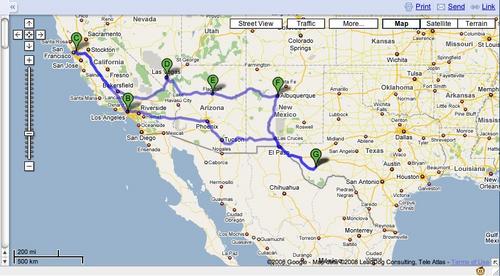 [The Rothko Chapel, photo courtesy of Arch Daily] Long before I acquired even the faintest interest in modern art, I was down visiting my dad …

[That’s me in the armchair with the laptop, looking very serious etc.] Thanks to Piers at PSFK for allowing me to speak at yesterday’s PSFK …

[This is my semi-monthly shameless pimpage of LightsJerky.com, for which I have no stake in, nor do I receive any compensation for it. I just …