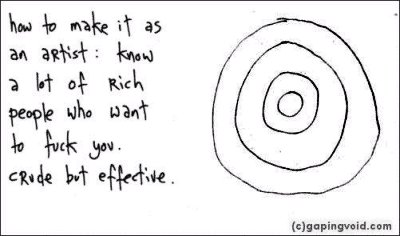 [More thoughts on “How To Be Creative”:]
37. When your dreams become reality, they are no longer your dreams.

If you are successful, it’ll never come from the direction you predicted. Same is true if you fail.