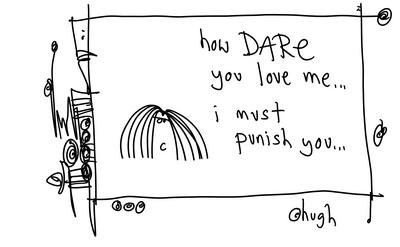 Recently I did an interview of Seth Godin about his new book, “Meatball Sundae”. As Seth described it:

Meatballs are commodity products, built in a factory, advertised all over. Stuff we need. All the same. Average products for average people. Unremarkable, but important. The backbone of our world so far.
The sundae is the new marketing. Blogs and Facebook and google and crowdsourcing and all the stuff that we get excited about. It works great if you’ve got a social object or a purple cow. But put the sundae on a meatball and…

There’s a passage in the book that really got me thinking, all to do with ice cream:

Willie Wonka isn’t dead, but he’s bald
In the heart of the newly hip Union Square neighborhood in New York City is a brand-new landmark: Max Brenner [Chocolate by the Bald Man]. Max (I’m told that’s not his real name) purportedly runs a chain of incredibly expensive chocolate cafés based in Australia. He’s got almost a dozen shops there, with other outlets in Israel, Singapore, and the Philippines. The chain is profitable and growing fast.
This is the place to come if you want to order the Warm Chocolate Soup, which comes with crunch chocolate waffle balls, strawberries, and marshmallows and costs ten dollars. Or, for the ambitious, The Chocolate Mess, which is a warm chocolate cake eaten with spatulas straight from the pan, with a mountain of whipped cream, ice cream scoops, chocolate chunks, toffee cream, warm chocolate sauce, and possibly, toffee bananas. It’s $12.75 for one person or $37 for four.
Max’s is packed, with lines of up to thirty minutes for a table. And most tables are filled with adults, not kids.
Just down the street from a Max’s, you’ll find the much more reasonably priced Sundaes and Cones ice cream shop, which is pretty much empty.
Why?
If I want something ordinary, then it better be cheap. I can get cheap and ordinary by the gallon at Costco. On the other hand, today’s spoiled consumer is willing to pay almost anything for the exclusive, the noteworthy, and the indulgent.
Sundaes and Cones isn’t cheap and it isn’t expensive. The ice cream is delicious, but not revolutionary. They sell a good ice cream cone at a fair price. And that’s no longer enough.

A couple of days ago I wrote Seth the following e-mail:

Suddenly the thought occurs to me, that perhaps there’d be fewer ‘Meatball Sundaes’ out there if the Web 2.0-consultant-guru types spent less time trying to sell lucrative, hot-fudge-and-whipped-cream consultancy gigs to the meatball factories.
[Ice Cream Metaphor:] The thing that made Thomas and English Cut work so well was, well, he’s not selling meatballs. He’s not even selling Baskin Robbins. Heck, he’s selling something that makes even Ben & Jerries look kinda downmarket. And the hot fudge I bring to the table ain’t too shabby, either. On a good day, at least 😉
Your passage in the book about the two ice cream shops in Union Square was totally correct. The trouble is, too many people are locked into the mass-market, neither-cheap-nor-remarkable bracket, so they’re not ready to listen to you properly yet.
I love your ideas, you know that, but I’m guessing it may take twenty, thirty, even fifty years for “Society” to fully absorb the brunt of your message. Luckily you have loads of smart, book-buying people out there who do get it…
We live in interesting times.

Seth wrote back to me the following:

THAT is the entire point of the book.
Phew! Someone got it!

Twenty years? Fifty years? Which is why Seth says what he’s talking about is not evolutionary, but revolutionary. Make of it what you will…