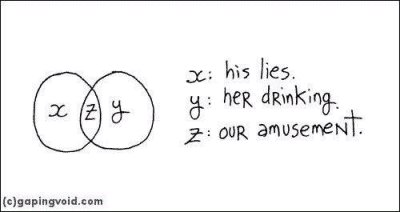 33. Being Poor Sucks.
The biggest mistake young people make is, underestimating how competitive the world is out there.

Everyone will have had a group of friends who went hitchhiking around Europe when they were nineteen, living off ten dollars a day. And they were so happy! And they had so much fun! And money wasn’t an issue!
Ha. That was youth, that was not reality. Reality is much bigger than youth. And not as nice.
That’s not to say cash is the be-all-and-end-all. But to deny the importance of the material world around you [and its currencies] is to detach yourself from reality. And the world WILL eventually PUNISH you HARD for that.
I’ve often been asked by young people, which do I think is a better career choice: “Creativity” or “Money”? I say both are the wrong answer. The best thing to be in this world is an effective human being. Sometimes that requires money, sometimes not. Sometimes that requires creativity, sometimes not. Be ready for it when it happens.