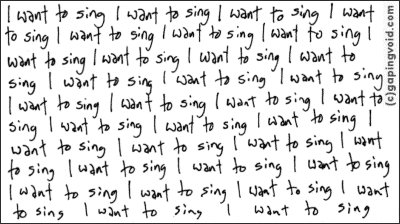 I’ve often gone on record with the statement, “Social Objects are the future of marketing”. This post will attempt to explain further why i believe that.
THE BAD OLD DAYS: MARKETING IN THE AGE OF HYPER-CLUTTER.
We have just come through a hundred-year long era, called the “Mass Era”.
Mass Media and Mass Production came of age at the same time. We try to separate the two, and we cannot.
A few decades ago, the local car dealers in town gave you a choice of four or five models. Now your choice is in the many dozens. There are well over a dozen varieties of Coca Cola. And thousands of different drink combos you can buy at any Starbucks on any given day.
I can sing you jingles for Nestle chocolate bars, from commercials I haven’t seen in over twenty years. That’s how cluttered my mind is. And yours is probably not that different.
Why would any sane person think that swimming in a polluted sea of commercial messages was fun for people? Messages are not information.
In this hyper-cluttered landscape the mediocre marketer will say, “I know! Let’s add another item of clutter to the cultural landfill! Lets increase the noise-to-signal ratio!!!”
And then he wonders why it doesn’t work.
It doesn’t work because we’re ignoring you now. You had our attention for a while, but as you know, it was more a cultural accident than anything you really had any true control over.
The world has moved on, and there’s not a damn thing you can do about it. Your boss also suspects this may be the case, but thankfully for your career, he hasn’t brought it up in a meeting. Yet.
THEN ALONG CAME THE INTERNET…
I can’t help wondering if the internet coming along at the same time as the Hyper-Clutter Era reaching critical mass was a historical accident, or did the internet evolve as fast as it did in order to circumvent the Hyper-Clutter? I’m guessing the latter. If the purveyors of one-way conversations had offered something more sustainable and satisfying, maybe our need to “talk to real human beings” again would not have been so pronounced.
Now, when you buy something, you don’t phone up the company and order a brochure. You go onto Google and check out what other people- people like yourself- are saying about the product. In terms of communication, the company no longer has first-mover advantage. They don’t ask your company for the brochure until your product has already jumped through a series of hoops that SIMPLY WERE NOT there twenty years ago.
YOU NO LONGER CONTROL THE CONVERSATION. THEN AGAIN, MAYBE YOU NEVER DID.
Human beings are much better at recognizing the linear, rather than recognizing the random and exponential.
1 Oh No! There’s a sabre-tooth tiger heading my way!
2. Run!
That is linear. Our caveman ancestors found it a most useful quality.
We run an ad. Sales go up. So taking the Caveman cue, we frame it in a linear fashion to explain to ourselves the cause and effect.
“People liked our ad so much, they dropped what they were doing, sped down to Wal-Mart and bought our product!”
If only.
What happened was probably more random. You saw an ad for Brand X. A few days later you’re having coffee over at your friend, Pam’s house. She has Brand X on her kitchen counter.
“I saw that ad for it the other day,” you say. “Is the stuff any good?”
“Yeah,” she says. “It’s not bad.”
So the next time you’re in the supermarket, you see the product, and buy it. Ker-chiing.
The ad didn’t make the sale. Your friend made the sale, not the ad. The ad merely started a conversation.
This is what they call “Word-Of-Mouth”. When it works, it works very, very well. The main problem is, it rarely does. The marketer has little control of the outcome.
But the marketer’s boss doesn’t want to hear it. The marketer wants to tell his boss this, even less. So we construct mythologies to disguise the fear. Disguise the unknown. Disguise the random, in the world where UNCERTAINTY AND RANDOMNESS MUST NOT BE ALLOWED TO TAKE OVER THE MATRIX. EVER.
YOU AND PAM, HAVING COFFEE.
Pam just sold you a box of Brand X. Pam doesn’t work for Brand X, Pam gets no commission from Brand X, so why did she make the sale, inadvertently, or otherwise?
Go back to what I said in my last post about Social Objects:

The final thing to remember is that, Social Objects by themselves don’t matter in the grand scheme of things. Sure, it’s nice hanging out with Lee talking about Star Wars. But if Star Wars had never existed, you’d probably still enjoy each other’s company for other reasons, if they happened to present themselves. Human beings matter. Being with other human beings matter. And since the dawn of time until the end of time, we use whatever tools we have at hand to make it happen.

When you and Pam met for coffee, you interacted with each other in the context of what anthropologists call “Object-Centerd Sociality”. In other words, you did not socialize in a vacuum, you socialized around objects, you socialized around things. You talked about the Cubs game last week. You talked about how Billy was doing in Third Grade. You talked about this great movie you just saw. You talked about great Pam’s coffee was. And yes, you talked, however briefly, about Brand X. All these things you talked about, an anthropologist would call “Social Objects”. And the thing is, you came over just to chew the fat with Pam. Talking about Billy or the movie or the Cubs game was not part of any pre-agenda. You could’ve talked about other things- books, records, home furnishings, it doesn’t matter- and you would’ve enjoyed your coffee with Pam just as much.
Yes, a lot of socializing is random. Ergo, yes, a lot of marketing is also random.
SO WHERE DOES SOCIAL OBJECTS FIT IN, FROM NOW ON?
From now on you won’t have the TV Commercials to rely on to start your conversations. People are ignoring you. Mass media has simply gotten too expensive. The only way your product is going to spread is by word of mouth. The only way it’s going to get word of mouth is if there is something in it for the person talking about it.
The person you want talking about is not doing it for the money. She’ll only talk about it if it serves as a Social Object. A “hook” to move the conversation along. A hook she can use it as a way to relate to her fellow human beings.
THE BAD NEWS IS, MOST PRODUCTS ARE BORING. THE GOOD NEWS IS, MOST WORD-OF-MOUTH IS BORING.
If you’re an average marketer, chances are that Alas! you don’t sell Mercedes’ or Apple iPods for a living. You probably sell some fairly prosaic, utilitarian product. Like Brand X.
Obviously, if your product is more conversation-worthy, like a Mercedes or an iPod, your job will be easier. Nice work if you can get it.
But let’s face it, average people are never going to sit down and have a deep and meaningful conversation about Brand X. But hey, maybe over coffee, a couple of little soon-forgotten sentences from somebody like Pam, is enough to make the sale.
I’m fond of saying, “If your product is not a Social Object, why are you in business?”
But of course, as Pam just proved, your product, Brand X, IS INDEED a social object. Just maybe your team needs to hone its thinking a little bit.
[Bonus Link from Jyri Engestrom:] “Why some social network services work and others don’t — Or: the case for object-centered sociality.”