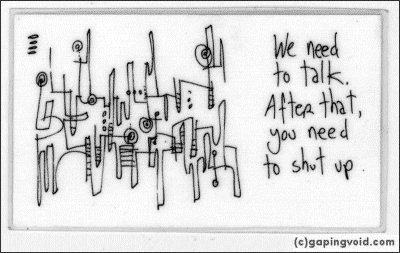 I first learned how to play chess when I was about eight years old. I remember feeling quite frustrated, after my Uncle Donald had taken every one of my pieces except for my King, how the latter, as the last remaining of my pieces on the board, surrounded by Uncle Donald’s rooks and knights closing in for the kill, seemed so utterly impotent in the face of impending doom. My King was able to move in any direction, yet he was so unable to save his poor self from the final kill. If the King was so important, why did he not have more compelling powers at his disposal? For a poor eight-year old, it all seemed terribly unfair.
Then about the three years ago I learned the history of chess pieces, and why they move the way they do. It answered a lot of my questions. I wrote a blog post about it.

5. The Queen. The Queen’s entourage was always looked after by a small, elite, highly trained bodyguard. The imperative to protect the women and children was very strong. If trouble was afoot it needed to get the hell out of Dodge very quickly. Ergo the bodyguard was very mobile and very deadly. It needed to be.
6. The King, though powerful and free to choose any direction he wanted, was heavily laden with the apparatus of State. The King could not just drop everything and flee; he had the court, the treasury and the ministers weighing him down. So his movements were fairly limited.

The King, being the Head Honcho, could move in any direction he pleased. But because he had so much accumulated baggage, he couldn’t move very far. Unlike my opponent’s gallant rooks and knights surrounding him.
I often see parallels between the King chess piece, and a company I have not only have worked for in the past, but also have a great deal of affection for i.e. Microsoft. A market cap worth tens of billions, annual sales of tens of billions, a vast army of employees needing paid, a vast army of shareholders needing dividends, and and vast, vast, vast LEGION of smart, capable and equally ruthless folk who would like nothing better than to see them permanently fall on their faces. And how do they mange to keep all these wolves from the door? By arranging groups of ones and zeros into a particular order, and getting other people to pay for them. The logistics are are off the scale.
People often question my motives for working with Microsoft, which any cynic would say is not really that surprising. Quips of me being “Assimilated by The Borg”, or me being a “Shameless Blog Whore” are often thrown my way. Of course, what these people don’t realize [not that they’ve ever asked], is that I make a lot more money with my far less controversial small business projects- The money I’ve made from Microsoft in the last year would account for less than 10% of my total income. I could make a lot more money without Microsoft, I just choose not to.
Why? Because perhaps, just perhaps, the question, “How does a lone King stay alive, let alone win the game, when surrounded by so many opponent’s bloodthirsty rooks and knights?” is a topic that I find fundamentally interesting. As would any sane person who has been operating in the real world for more than six months. This is partly what The Blue Monster is all about. Rock on.