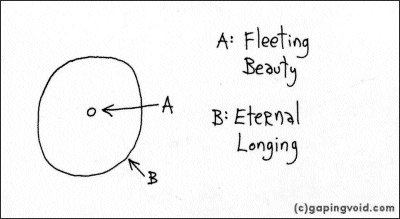 You lie for a living.
You’re not a bad person, not really, but telling the truth at your current company tends to get people fired.
And you can’t afford to be fired. You’re thirty seven, you’ve got three kids, you’ve got a big house to pay for, your wife would leave you within nanoseconds if the cashflow ever dried up, and it’s been well over over a decade since a cute, random girl in the street looked at you with anything even faintly resembling a sparkle in her eye.
Society only needs you because they need the product your company makes. Lose the job and you are no longer needed.
Without your job you’re just a mere stain.
So lying equals survival.
You have to lie because you have no other ideas about how not to be killed. How not to lose everything.
Lying replaced ideas long ago. Lying replaced great sex long ago. Lying relaced your marriage long ago. Lying replaced joy long ago.
Your lies became the painless cancer.
Yes, I’ve read your resume. Very impressive.
Look, I already said I’d get back to you next week.