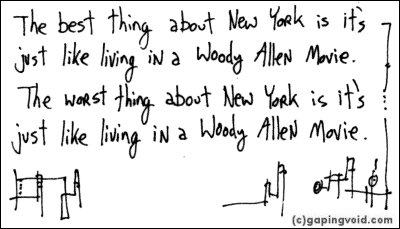 Back in my corporate advertising days, I was constantly hearing the phrase being bandied around the meeting table, “Failure is not an option”. It always made me roll my eyeballs, though at the time I wasn’t exactly sure why.
Now that I’m a wee bit older and wiser, I think I may now have the answer.
Because Failure is always an option, Stupid.
No great leader ever said “Failure is not an option”. Because the simple fact was, they were great leaders in circumstances where Failure was always very much a possibility. As they say, a good General never underestimates the enemy.
Leonidas. Alexander. Hannibal. Churchill. Frederick The Great. Kutzukov. Rommel. All of them KNEW the situation they were facing. Without Failure being an option, they would have never come up with the goods. They would have just left it all to their junior officers to run with. But of course, they didn’t. Which is why they’re still remembered.
However, Hitler did say “Failure is not an option.” On the Russian Front, he basically forbade his armies from retreating a single inch, even if it was strategically wise to do so. And Thank God for us that he did. This hubris basically cost the Nazis the Battle of Stalingrad. Rock on.
[Thanks to Shelley for getting me started thinking on this.]