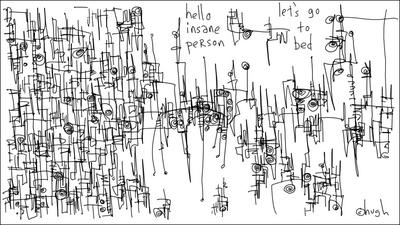 Good thoughts from The New Big:

This is what always interested me about the blogosphere’s reaction to Robert Scoble when he was a blogger at Microsoft. Scoble was rightly praised for his intelligence and transparency, but it mystified me that he was also supposed to be the harbinger of a new openness at the company. Of course he wasn’t. He was a Microsoft employee with a megaphone, but that’s it. He was the bullfighter’s cape, a captivating presence to pay attention to, but inconsequential in terms of the direction of the company’s energies. In the comment thread Gaping Void, Scoble himself admits as much. He was listening to the outside conversation about the company, but “it just was frustrating to me that I couldn’t get the leadership to really listen, too.”
So, this is part of what’s fascinating to me: who has the right to tell the Microsoft story? Is it the Steve Claytons and the Robert Scobles? Is it Gates and Ballmer? Is it we, the users? Is it all of the above? And what happens when the story diverges? It seems to me that Gates and Ballmer tell one story — that of Microsoft domination at all costs. Clayton and Scoble tell another story – that of an emerging openness and a thirst for innovation. And the users tell a range of other stories, from “Microsoft is still #1″ to “Microsoft is dead.”

I think you’re making a mistake in viewing MS as one big joined up entity, when (to my eye) it’s not, it’s a bunch of product teams under one banner.

Agreed, Barry. You are totally right.
And I also think it’s a mistake to treat MS as a bunch of product teams under one banner.
Ah, Paradox!