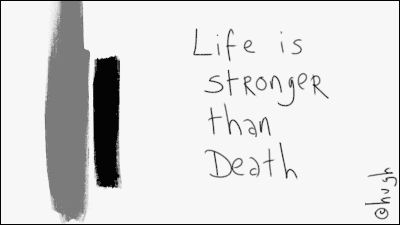 So I’ve been working for the Stormhoek winery just shy of two years. Here are my tasting notes:
1. Two years ago I asked the rhetorical question, “Why shouldn’t a small wine company see people like Google, Microsoft or Apple as their competition? Why should the conversation be only limited to other small wineries? It makes no sense.” At the time, it seemed a really ‘out there’ thing to be asking. Not any more.
2. Stormhoek sold forty thousand cases in 2005.
3. This month we’ll ship forty thousand cases. At least.
4. Do the math.
5. It was the Stormhoek blog that put us on the map. But it took 2 years of hard graft for it to turn into sales on a massive scale.
6. Two years ago, I estimated that a well-executed Web 2.0 marketing plan would take about two years to execute. In retrospect, that was a pretty good call.
7. Yes, I understand that not everybody has two years to play with. Some people are only as good as their last financial quarter. But that is why I work for a small, private company. If Stormhoek was owned by Wall Street, I’d be dead meat.
8. Comparing a good 2003 Bordeaux with a good 2003 Burgundy is not much different than knowing who won the 1992 Superbowl, versus who won the 1985 Superbowl. The intellectual barriers to entry are actually quite low. The people who pretend otherwise are weak and pathetic.
9. My mother, in her day, was a very successful businesswoman in the IT sector. Her best line ever was “Have you hugged your customer today?” I wish there were hundreds of clones of me, all out there on the road, giving customers metaphorical daily hugs.
10. One thing that the Tesco road trip nailed for me: Most wine is bought by ordinary folk. Most of them are women. Most choose the wine because they like the label. Most couldn’t give a hoot about ‘terroir’ or country of origin. Most won’t spend more than $10. And that, my friends, is the market I am in. Sure, the male-dominated, over-fifty-dollar “snob” market might be a good wee business to be in for some folk, but be warned: it’s a surprisingly tiny niche.
11. One thing you learn fast in this business: Supply is not the issue. Whether you’re talking two dollars or two hundred dollars a bottle, the world is FLOODED with great choices, from every wine-producing country in the world. Unless you have an outstanding product at the price point you’re selling at, you’re in serious trouble.
12. Because the average customer has so many great choices [too many, some would argue] the trick to this game is to rise above the clutter. The way to do that is to build meaningful brands that connect to people in real-world ways. Anything else is business suicide. Sadly, too many winemakers only learn this the hard way, AFTER they’ve sunk $20 million and ten years of their lives into the enterprise.
13. Stormhoek has 15 people working for it in its global HQ in London. We’re tiny. A lot of the wine businesses doing the same number of cases as ours will have fifty to a hundred people on the payroll. So if I ever look a bit frazzled and burnt-out to you, now you know why.
14. We can make this as lucrative and as intellectually stimulating as we want to. The ball is in our court.
15. It took two years, but Stormhoek is finally starting to feel like working for a Silicon Valley startup. Everyone is really pumped up. Contrast this with the average staid, boring schtick of your average “gentlemanly” wine business.
16. What’s driving innovation and sales on our end is not a technological issue, it’s a cultural issue. Get the right culture going, and the tech looks after itself.
17. When I started working in the advertising business as a young buck in London, back in the late 1980s, Bartle Bogle Hegarty were considered the best game in town, even if they were not the biggest agency. Every young advertising student aspired to have a gig there one day, everyone daydreamed of one day having John Hegarty return their calls. The were considered the Praetorian Guard. Within two years from now, I want every smart, driven young person in the wine trade to be thinking the same way about us. That to me would be a far more worthy definition of “success”, than how many cases we sell.