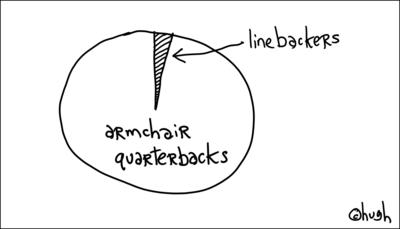 My friend Jason Calacanis is well known for both entrepreneurship and blogging.
And it turns out he’s a very talented podcaster as well. His new podcast is now being hosted/run by PodTech, the same folk that employ Robert Scoble.
CalacanisCast 9 is just up. I appeared on it, as well as a bunch of former Gillmor Gang members- Doc Searls, Dan Farber, Michael Arrington etc- but no Steve Gillmor, sadly. We talk about the new Apple iPhone.
A good time was had by all. I hope you’ll have a listen.
Doc Searls comments:

As I said on the CalcanisCast the other day, it’s not smart to bet against Steve Jobs. (I’m talking about betting here, not what we like or dislike.) Apple, like Pixar (Steve’s other company, now part of Disney), has relatively few SKUs (new products).
They’re not a Panasonic or a Sony that can throw thousands of SKUs against the wall like spaghetti and see what sticks. They try to make a very few, very appealing, products. If you’d asked the pundits, including the many of us here in the ‘sphere, what the chances were of Apple stores being a success were back when they started, what would we say? Those stores were radically new and different and well-thought-out and — it turned out — very successful.
In spite of the expectations of many, especially in the retailing business. But… they worked out. Personally, I think the iPhone is up against huge competition and is not likely to be a slam-dunk. But I wouldn’t put money on that.

D’accord. Two thoughts:
1. This is business. Capitalism. Not some contest to see who gets to date the Prom Queen. Doc understands this. Based on some of the conversations I’ve spotted happening in comment sections everywhere, I’m not convinced everybody does.
2. Whatever Apple does with their phone, by raising the bar in certain areas [e.g. design], and failing to raise the bar in other areas [e.g. openess], they are creating a ton of opportunities for their competition e.g. Nokia, Sony, Motorola etc. The latter, instead of being worried, should be well pleased.
[Disclosure: I’m a very happy and satisfied Nokia N73 user.]